The Enclave A discussion of race, politics, media and the like… What I see is what you get.

First, let me say that I aspire to write my thoughts down on paper with the effectiveness and illustration that Ta-Nehisi Coates does.
That being said, this column is exactly my feelings on the birther issue. The issue itself is profoundly disconcerting and disheartening for me because it shows that we do live in two different worlds…and race is the dividing line. Conversations that I have with my boys are the same conversations that my mother had with me and my siblings and her mother had with her and her siblings. As the saying goes, “You will have to work twice as hard to get half as much as your white counterpart.” This is part of the war that Black parents wage everyday…TODAY…in this country that blames the poor for their condition. This is the battle we have been fighting since this country’s inception. The birther issue is the modern day reincarnation. And if the first Black president is not immune, with his credentials…then what about me or my sons…???

One of things that always amazed me about the reaction to the Poundcake Speech was the assumption among pundits that Cosby was somehow bravely stating truths which the black community didn’t want to address. This is the sort of thing that happens when you have a pundit-class more interested in abstract thought experiments, than actually going into black neighborhoods, or really, any neighborhood that might be unfamiliar.In point of fact, every black parent I know is at war with their children in a way that white parents are not.  I grew up in house where the history of race and racism was the air. But concurrent to that history was the deeply-held belief that American racism was never an excuse for cynicism, anti-intellectualism, thuggism or nihilism. My parents were  conscious. But when I was failing my way through school, I don’t recall them ever raising their clenched fists and exclaiming “Damn the white man.”

To the contrary, there was a deep-seated belief that educating yourself was essential, and that hard work ultimately prevails. Whatever their broader critiques, it was that essential faith that united them with the rest of the country. Preaching that faith is a lot easier when you have actual examples to point to. In terms of external examples (outside of the family) there are no better models, right now, than Barack and Michelle Obama.

What many white people fail to realize is that though Barack Obama and his family are unique to them, they are deeply familiar to black people. Put differently, they are from our particular neighborhood. I think back to Michelle Obama’s own words:

“People have never met a Michelle Obama,” the soon-to-be first lady said toward the end of our interview. “But what they’ll come to learn is that there are thousands and thousands of Michelle and Barack Obamas across America. You just don’t live next door to them, or there isn’t a TV show about them.”

But we do live next door to them, and the TV show is our lives. We went to church and played in summer leagues with people like them. I went to college with people like them. This is not to slight Barack Obama’s truly remarkable story, nor the indispensable labor of the people who raised him. But there were biracial black people with wild stories all across my college campus. The first girl I ever really loved was raised by her Jewish mother, in all-white small town in Pennsylvania. She was unique, but not because of her background. The strictures of segregation gifted black people with the particular beauty of being a deeply interwoven diaspora on to ourselves, rendering “Black” into a broad country.

To see that country manifested in the White House is the sort of boon that you can’t really attach to statistics. But for those of us who are waging the fight against a crippling cynicism, who are urging our children on, who visit schools and begin our addresses with, “I remember when I just like you,” the First Family is perhaps the greatest weapon in our arsenal.

But when broad sections of this country foolishly follow a carnival barker in the ugly tradition of attacking black citizenship rights, when pundits shriek  that Obama’s successes are simply the result of the misguided largess of white people, they undermine our most intimate war. They undermine the notion that someone familiar to that kid on the corner could legitimately reach the highest levels of the country, that someone like that kid’s Aunt could be the First Lady. They undermine this country’s social contract, and the “hard work pays” message of my parents. And to that we object.

Considering the most recent “birther” charges and Trump’s inferences regaring the President’s grades, Melissa Harris-Perry tweeted this morning that it may be impactful and important to discuss the racial animosity surrounding affirmative action.
I agree…
…and I’ll let her words speak for themselves… 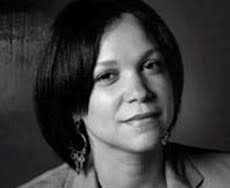 Yesterday’s anxiety about my critique of the Nobel Peace Prize Award appeared to echo these worries. Some felt that by raising my disagreement I was implying President Obama did not deserve the prize, and that politics, not merit, was responsible for the committee’s decision.
I heard the unspoken Affirmative Action Dilemma lurking. “Please professor, don’t make them think we have things we didn’t earn”
Generally the response to affirmative action anxiety is to list all of the individual’s accomplishments and thereby prove the individual is actually worthy of the award or position. Most Obama faithful pursued this tactic yesterday. Many demanded that I tune into The Rachel Maddow Show and several sent me lists of all President Obama’s accomplishments in the area of diplomacy. Uh…ok, but that strategy is limited. (Particularly because it doesn’t really negate the whole two wars, drone attacks thing)
I think a more effective counter to the Affirmative Action Dilemma is a little honesty about the wages of whiteness.
I am an affirmative action baby (born in 1973), and I have never felt any dilemma about the policy. I did not sit in my college classroom fretting about whether my white peers thought I deserved to be studying beside them. I have never lost a night of sleep worrying about my colleagues who regard my tenured position at Princeton University as a policy decision, rather than a scholarly accomplishment. This is not because I am so sure of my personal worthiness- that ebbs and flows-rather my general lack of affirmative action anxiety is derived from my clear sense of the continuing reality of white privilege.
White privilege is the bundle of unearned advantages accessible to white people in America. White privilege is not equivalent to racial prejudice. All whites share certain element of racial privilege regardless of their political or racial views. This does not mean that life is perfect for all white people. I was raised by a single, white mother, so I certainly know that white American face real barriers and struggles based on class, opportunity, gender, education, sexuality, and other cross-cutting identities. But white privilege exists and has powerful consequences. This does not mean that race is more important than socioeconomic class. It does mean that in the United States there is a preferential option for whiteness, and this preference means racial privilege produces a certain wage of whiteness.
Simply put, not everything that white people have was earned by merit. Some was, some was not. Some of the wealth, access, prizes, goodies, and political power currently held by white people are ill gotten gains from centuries of accumulated white privilege. Knowing this makes me a lot more relaxed about having to prove that I “deserve” every success, acknowledgement, or position I have.
I encourage my friends and readers to calm down a little about having to prove Obama deserved the Nobel Peace Prize. Maybe he did, maybe he didn’t. The point is that he has it now. I, for one, have been doing a little “impeach that suckers” dance ever since I heard. This one is in the history books. No turning back.
Rather than give into the racial anxiety to prove the President’s worthiness let’s celebrate that President Obama responded to the prize with humility and grace. -Melissa Harris-Perry

Did Obama Deserve the Nobel Peace Prize? | The Nation.

Your thoughts are always welcomed…